Enjoy our blog posts as we chronicle with Derek Irwin the making of our fine Sierra Foothill wines and the development of our vineyard at the Seminary and Novitiate of the Oblates of St. Joseph in Loomis.

My "Baby Girls" Are Growing Up Quickly!

My oh my….how quickly my newborn “Baby Girls” (our vines) are growing!  It was less than a month ago when we planted over 3000 dormant vines (like bare root roses - no sprouts, no buds - just a root stock with a grafted vine).  Now these baby vines are reaching up toward the heavens and breaking through the tops of their 18” protective grow tubes - I call them “milk cartons”.

Of course, our vineyard job was not finished once the vines were planted.  Since that time my vineyard owner volunteers (Bob Vandervort, Allen Cummings, Henry Favro, Mike Delaurentis, Dave Beiler, Tim Mabie, Dave Fox, Joe Smock and Rick Tlustosch) have been very busy helping with weed whacking, rock removal, vine replanting, discing and other vineyard chores in the 100 degree heat.  Kudos to all of them for their hard work!

The hard work has certainly paid off.  If you haven’t driven by lately, take a trip down Wells Avenue and see the transformation.  Mount St. Joseph has always been a pretty sight and now, with our “Baby Girl” vines in the vineyard, it is even more beautiful!!! 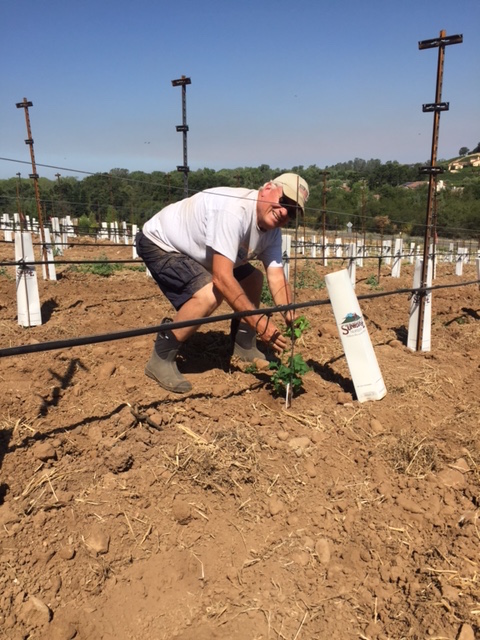 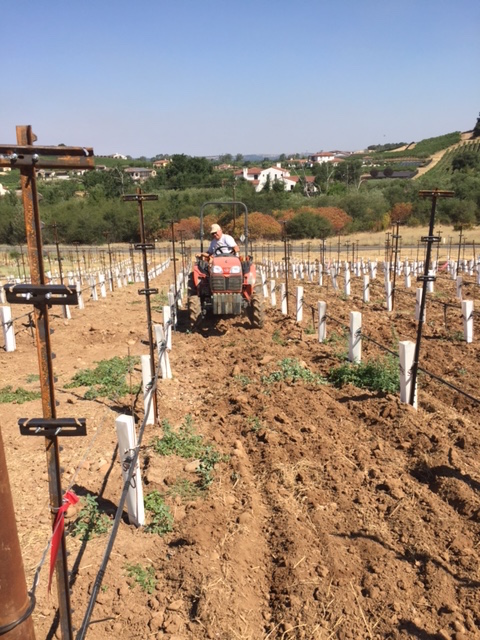 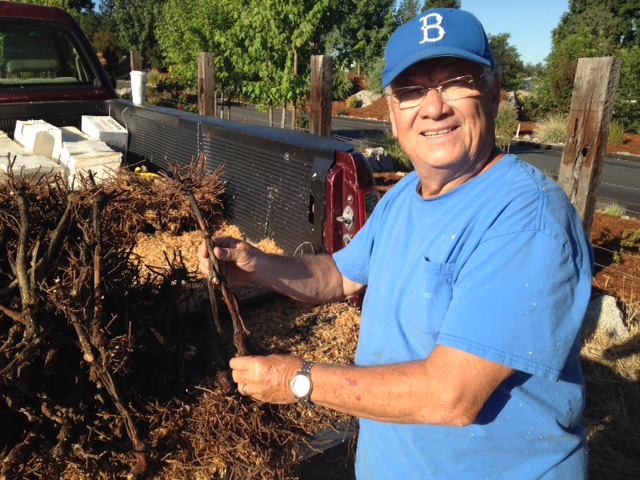 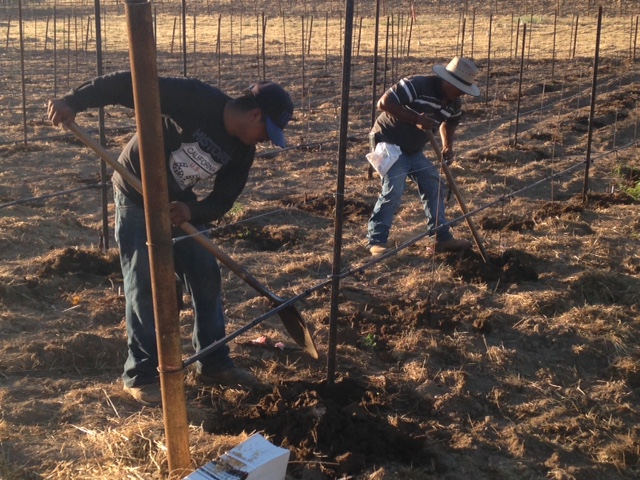 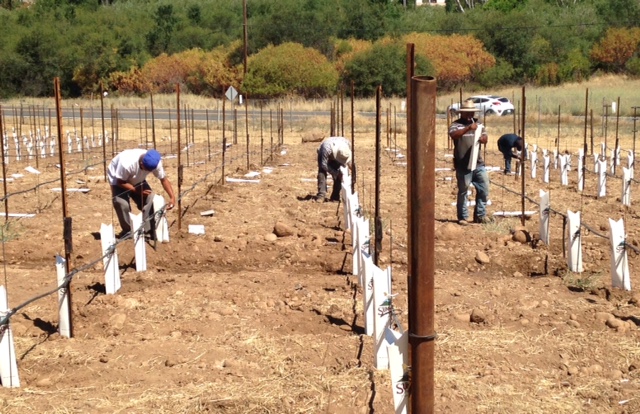 It is Saturday morning and the irrigation work continues.  In the the first photo below....a techncian wires in the irrigation control valves.  In the second........a worker installs the drip emitters along one of the vine rows.  Soon we will have water, water everywhere......and soon after that our grape vines! 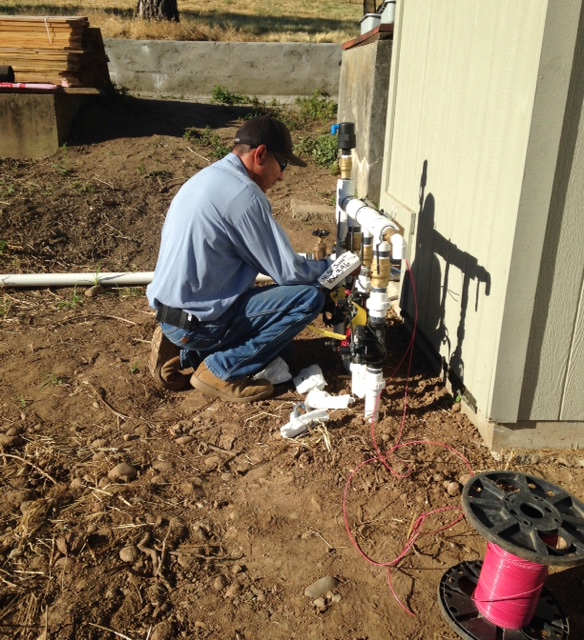 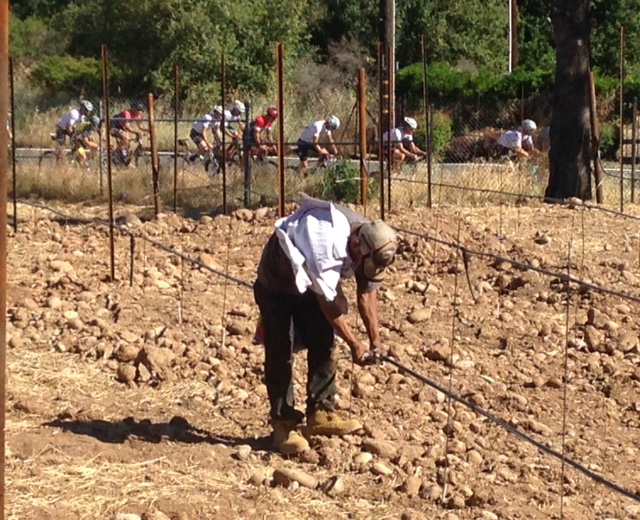 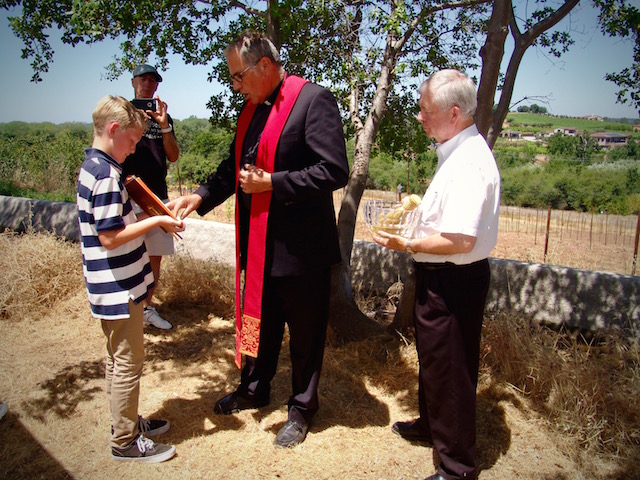 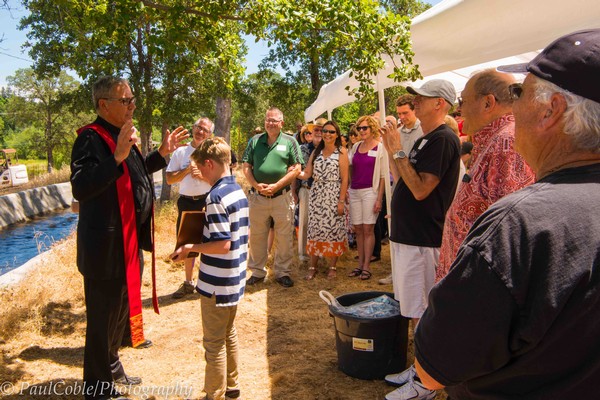 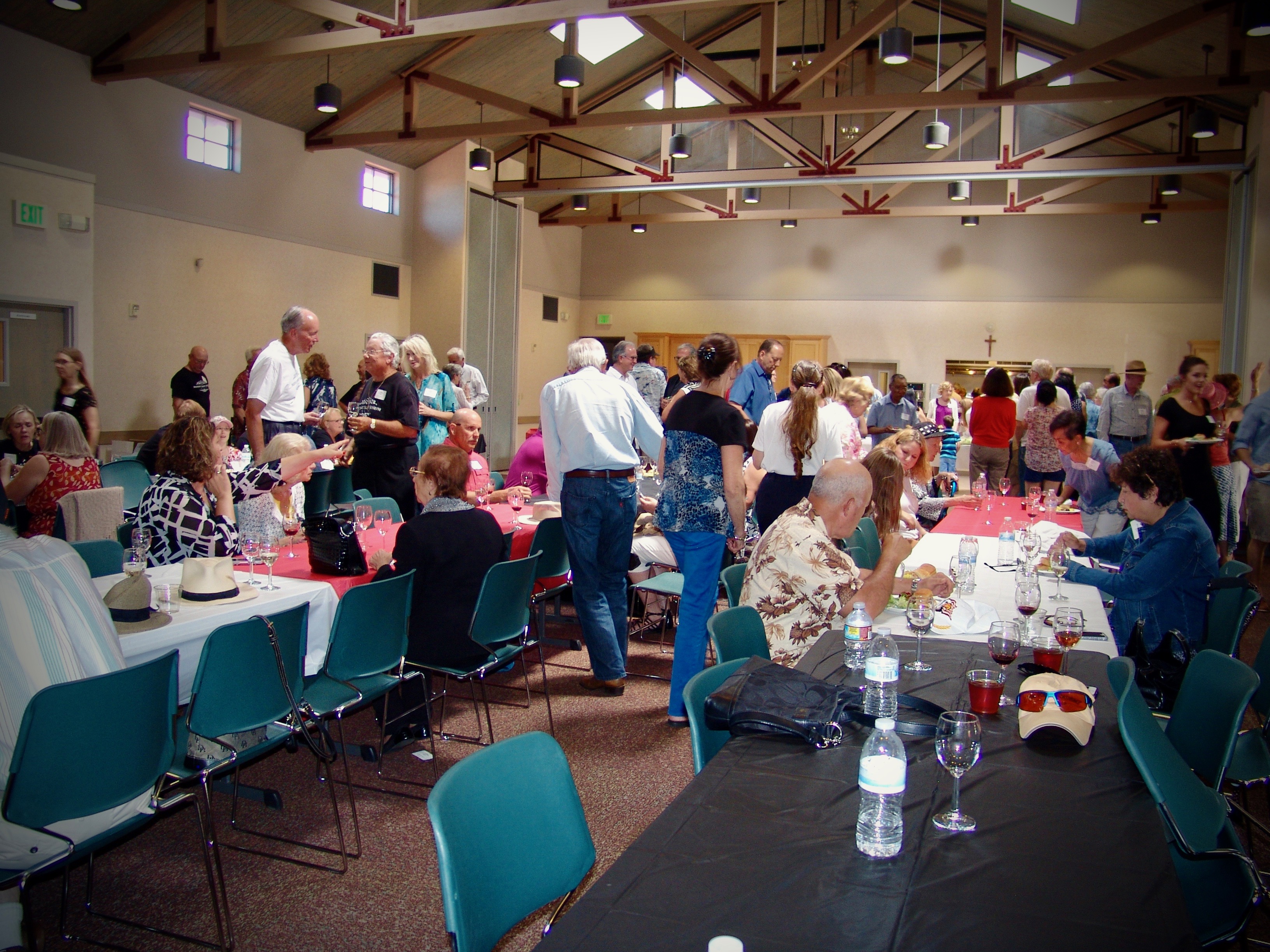 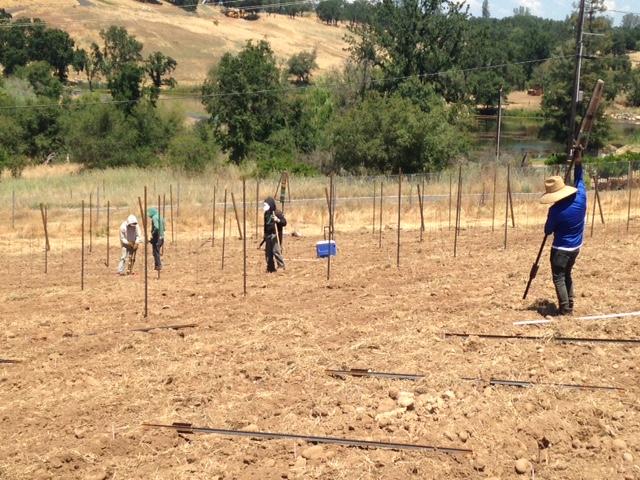 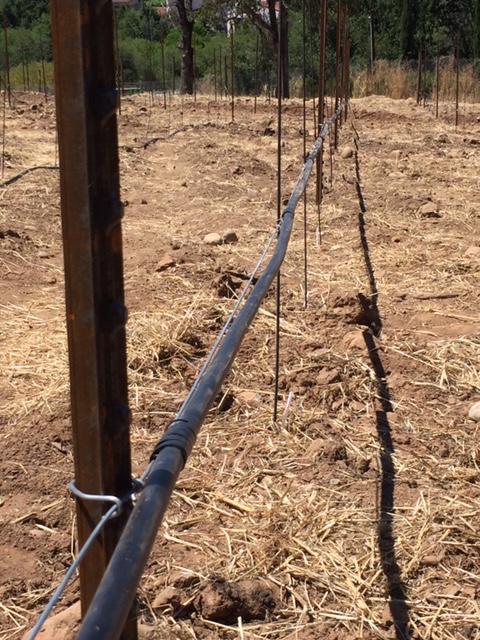 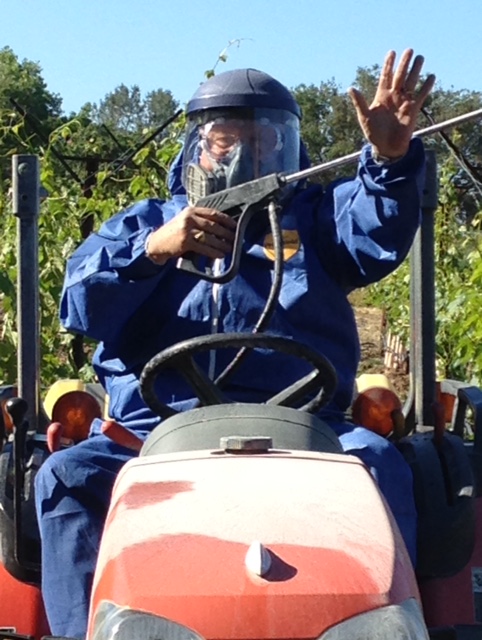 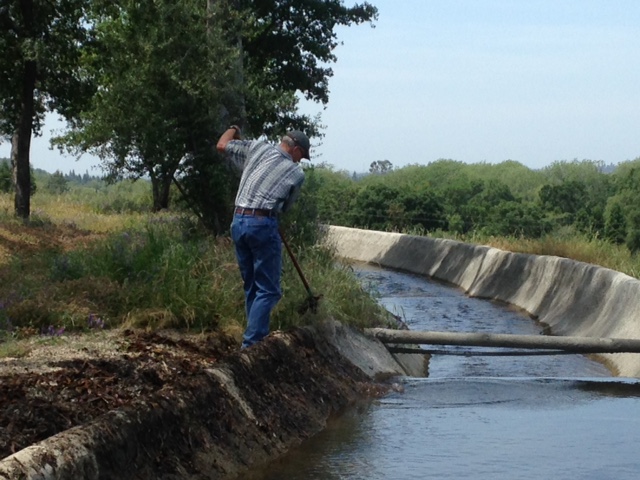 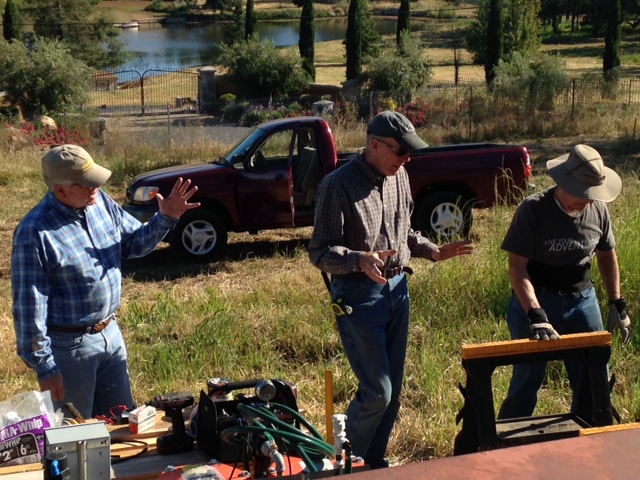 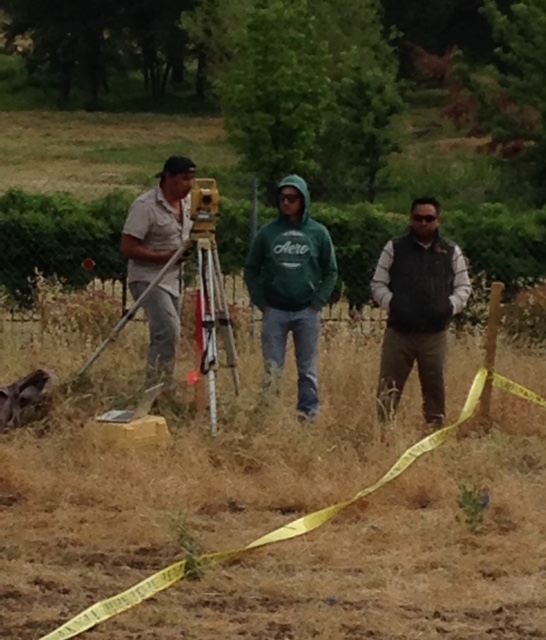 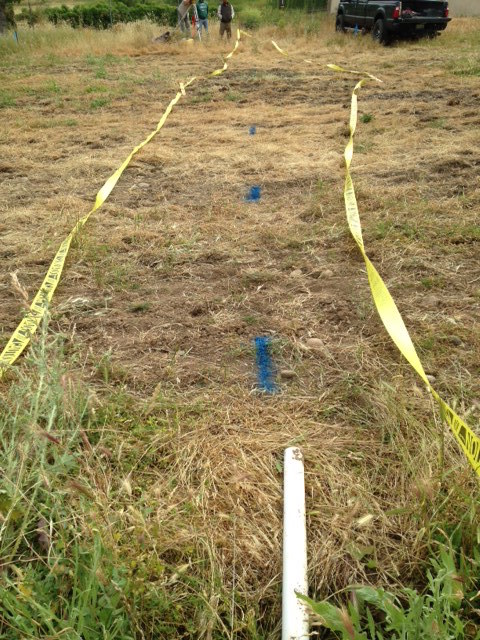 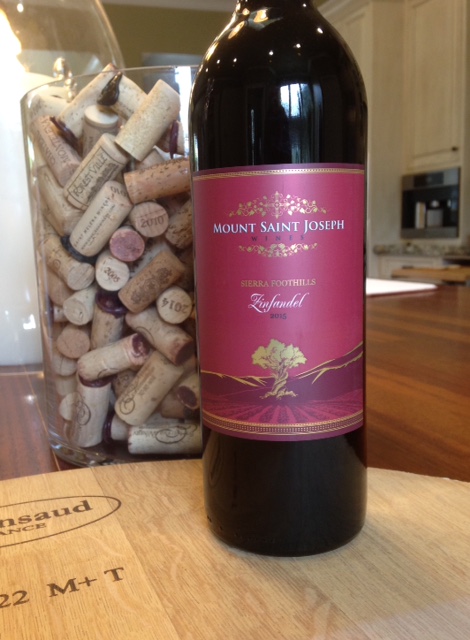 It is February 2017 - time to begin the bottling the very first our 2015 harvest grapes.

Last week we bottled the first of our new "Sierra Foothills" wines, specifically our 2015 Sierra Foothills Zinfandel.  We have created a Zinfandel blend that is truly unique.  It is deep in tannin structure with an extensive middle pallet and a long finish that will beg the question - "how did they make that from Foothills grapes???".

The balance of our 2015 harvest wines will be bottled in the May.  The photo below shows our 2015 wines spending their last few months aging in French oak barrels.  Get ready for the summer and fall release of these outstanding wines...I know you are going to love them.  Trust me, they will be worth the wait. 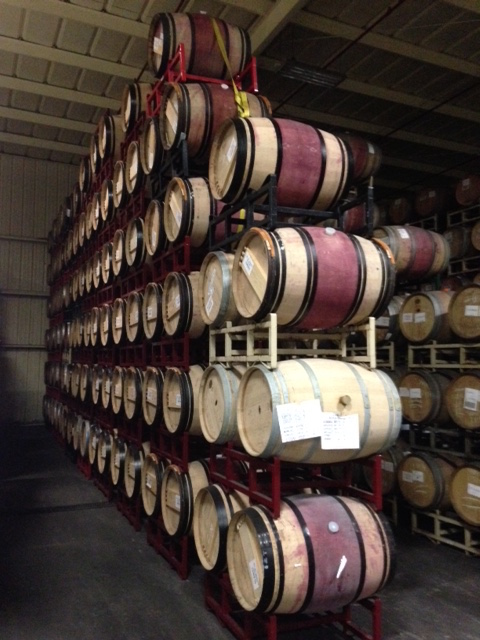 While we had planned for irrigation trenching and PVC piping to be completed by now, the early fall rains have changed our schedule a bit.  This is not a problem - we have plenty of time between now and next Spring. 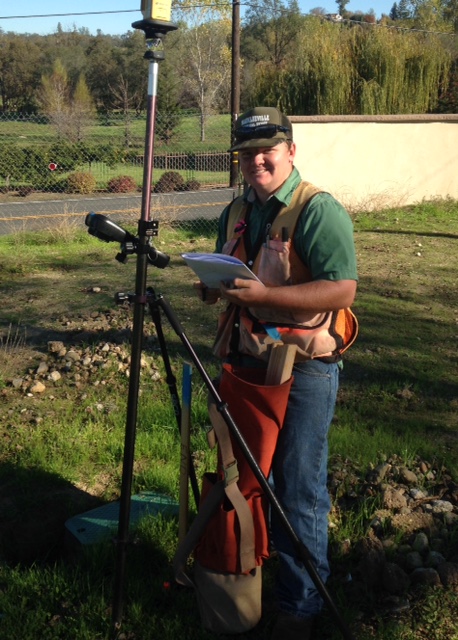